Marc A. Scorca to Lead OPERA America Through 2016

Gregory C. Swinehart and Darren K. Woods Elected to Board of Directors

OPERA America, the national service organization for opera, is pleased to announce that the contract of its president & CEO, Marc A. Scorca, has been extended through 2016. Anthony Freud, chairman of OPERA America's Board of Directors, announced the news at the organization's Annual Business Meeting, which took place during OPERA America's recent conference in Houston, Texas. During Opera Conference 2009, the Board of Directors also elected two new members to join its ranks: Gregory C. Swinehart and Darren K. Woods.

"The level of service OPERA America has provided to the field has increased dramatically over the last 20 years, and Marc Scorca has been the driving force behind these initiatives," stated Mr. Freud. "As the entire opera field has expanded, OPERA America has played an important role in the significant number of North American opera premieres and in the formation of dynamic new opera companies. Marc has been a superb president and CEO of OPERA America for the last nineteen years. He is a truly major figure in our field, commanding great respect and admiration, nationally and internationally, for his vision, expertise and leadership. As OPERA America approaches its fortieth anniversary, and as Marc approaches his twentieth, we are thrilled that this outstanding partnership will continue to evolve and develop in the years to come."

Mr. Swinehart has spent 22 years providing specialized economic, operational and accounting consulting services to clients. He has also served on a number of boards of directors, including The Minnesota Opera. Prior to joining Deloitte, Mr. Swinehart was a partner in a boutique consulting firm and worked as a product and process engineer at 3M. With his legal experience at Deloitte and as an opera lover, Mr. Swinehart will bring fresh perspective to OPERA America's Board of Directors.

A former operatic tenor who has gone on to lead Fort Worth Opera, Shreveport Opera and the Seagle Music Colony, Mr. Woods possesses significant insight about the needs of performers and companies. He is an advocate of contemporary American compositions, and in 2007, Fort Worth Opera celebrated its first operatic commission: Frau Margot by Thomas Pasatieri and libretto by Frank Corsaro. Mr. Woods is a frequent vocal competition judge, serving on the panels for the Richard Tucker Foundation and the Metropolitan Opera National Council Auditions, among many others.

Marc A. Scorca joined OPERA America in 1990 as president and CEO. Since that time, OPERA America membership has grown from 120 opera companies to nearly 2,500 organizations and individuals. An additional 16,000 subscribers now receive a variety of free and fee-based services. A strong advocate of collaboration, Scorca has led several cross-disciplinary projects, including the Performing Arts Research Coalition, National Music Coalition and the First National Performing Arts Convention. Under his leadership, OPERA America has administered two landmark funding initiatives in support of the development of North American operas and opera audiences and launched a $20 million endowment effort in 2000 to create a permanent fund dedicated to supporting new works and audience development activities. The establishment of the Information and Research Service, Artistic Service and Trustee/Volunteer programs has expanded service to the entire field. OPERA America's relocation from Washington, D.C. to New York City in December 2005 has increased communication and collaboration with and among members both locally and nationally. OPERA America supported the establishment of affiliated Opera.ca (Toronto) and Opera Europa (Brussels) and works closely with both organizations. Scorca has led strategic planning retreats for opera companies and other cultural institutions internationally, and he has participated on panels for federal, state and local funding agencies, as well as for numerous private organizations. He appears frequently in the media on a variety of cultural issues. Scorca attended Amherst College where he graduated with high honors in both history and music. 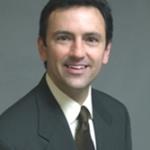 Gregory C. Swinehart is the United States and North American managing partner of Deloitte's Forensic & Dispute Services practice. Swinehart has spent twenty two years providing specialized economic, operational and accounting consulting services to clients. Swinehart has been with Deloitte approximately fourteen years, and prior to that time, he was a partner in a boutique consulting firm. Before getting his MBA and starting in the consulting world, he was a product and process engineer at 3M. Swinehart has provided service to clients in a number of areas, including economic modeling, valuation, bankruptcy consulting and business process improvement. Swinehart has been quoted in a number of major publications, published professional articles, acted as an expert witness and has given numerous presentations to professional groups. 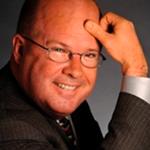 Darren K. Woods was appointed general director of the Fort Worth Opera in July of 2001. Under his leadership, the Fort Worth Opera has increased subscription and donor bases and has received rave reviews for production quality. Prior to his appointment in Fort Worth, he was the general director of the Shreveport Opera in Louisiana. While in Shreveport, Woods founded Shreveport Opera Express (SOX), a touring, arts-in-education program that involved school children working with professional artists. Darren K. Woods was appointed general director of the Seagle Music Colony in the summer of 1996 and continues today as the artistic director. Woods performed as a professional operatic tenor for twenty years prior to beginning his management positions in such venues as New York City Opera, Carnegie Hall, the Washington Opera, L'Opera Madrid, Opera Trieste, Seattle Opera, The Dallas Opera, Baltimore Opera and The Santa Fe Opera.