OPERA America, the national service organization for opera, is pleased to announce the recipients of its 2014 National Opera Trustee Recognition Award. In its seventh year, this award honors outstanding trustees of U.S. opera companies for exemplary leadership, generosity and audience-building efforts on behalf of their respective opera companies.

“We are delighted to be joined by Bank of America for the seventh consecutive year in celebrating the significant and enduring contributions of these devoted trustees,” stated Marc A. Scorca, president/CEO of OPERA America. “Successful opera companies depend on effective boards. The National Opera Trustee Recognition Award affords the entire opera community an opportunity to salute and learn from those who have been so generous in their passion for the art form, vision and support of their opera companies.”

Each year, OPERA America Professional Company Members are invited to nominate one of their trustees for this award. One honoree is chosen from each of OPERA America’s four budget levels, recognizing that devoted trustees are an integral part of opera companies large and small.

The honorees represent a significant range of accomplishments, generosity and a deep devotion to promoting opera in their communities. The following profiles illustrate just a few examples of their dedication. 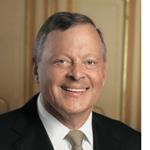 Kenneth G. Pigott has been deeply committed to Lyric Opera of Chicago for many years, having served as a member of the Board of Directors since 1998 and as the company's president and CEO since 2011. He is a visionary leader with extraordinary business acumen and a passion for opera. He brokered the discussions that led to Renée Fleming's appointment as the company's creative consultant in 2010 and chaired the international search that resulted in the appointment of Anthony Freud as the company’s general director in 2011. Mr. Pigott led a strategic planning process that resulted in unanimous board approval for the new plan, which combines the core values of excellence, relevance and fiscal responsibility. In support of this plan, Mr. Pigott spearheaded a fundraising campaign to provide the company with financial sustainability over the next two decades which, in its first several months, has generated new commitments of over $50 million. During his presidency, the company has produced a wide range of new activity, which, in 2012-2013, generated new audiences with more than 27,000 people attending Lyric Opera of Chicago events for the very first time. The new activity has included the start of a series of new productions of American musical theater, the company's first purpose-designed performance for families, performances of a mariachi opera and an award-winning comedy revue, produced in partnership with The Second City, Chicago's legendary comedy company. Mr. Pigott is managing partner of Vaduz Partners LLC, a private investment company specializing in information technology services. He serves as a board member of OPERA America, and is also a board member of the Ann and Robert H. Lurie Chicago Children's Hospital, and the Merit School of Music, an important Chicago community music school.

It is rare for both a husband and wife to be so integral to the success of an organization, but Michael and Noémi Neidorff each play a vital role at Opera Theatre of Saint Louis (OTSL). Mr. Neidorff joined the company’s board of directors in 2002 and is a member of the executive committee and the institutional development committee. His chairmanship of OTSL’s five-year, $11 million Building for Opera campaign made possible the design and construction of the Sally S. Levy Opera Center, and increased the company’s endowment to $16.2 million in 2008. Mr. Neidorff’s leadership of the campaign resulted in a new facility that was completed on time and without incurring any debt. A trained classical pianist, Ms. Neidorff is also a gifted and charismatic fundraiser, and recently served as chairman of OTSL’s 2012 Spring Gala, which raised more operating revenue than any prior OTSL gala, grossing $728,000. As chairman, president and CEO of Centene Corporation, Mr. Neidorff obtained lead sponsorship for the gala from Centene, and the Neidorffs’ involvement resulted in more than $250,000 in new and increased support for the event. Ms. Neidorff joined the board of directors in June 2012 and currently serves as co-chairman of OTSL’s new Building on Excellence campaign, which will increase the company’s endowment to more than $30 million. In addition, the Neidorffs are extraordinary philanthropic leaders at the local and the national level, making transformational gifts to organizations in the fields of arts and culture, social services, education and healthcare. They generously invest their time and their financial resources and play an active role in arts organizations including OTSL, the St. Louis Symphony, the Radio Arts Foundation, the Manhattan School of Music and The Kennedy Center.

Dr. Ruth W. Orth’s commitment to the art form, the national opera scene and Pensacola Opera has served as an inspiration to many. Dr. Orth joined the Pensacola Opera board in 2005, and in 2008 became the board chair, successfully guiding the organization through a challenging time. During her tenure, Dr. Orth led a successful completion of the first phase of Pensacola Opera’s Capital Campaign, raising over $700,000 to eliminate debt and build cash reserves. She has also led Pensacola Opera’s new audience development initiative, launched in the organization’s 30th season, promoting the addition of a third production, the expansion of the Artists in Residence program and a consultancy engagement with TRG Arts. Responding to the needs and goals of Pensacola Opera, Dr. Orth has made generous contributions to support general operations and special projects, and provided in-kind donations such as hosting multiple dinner parties per year and housing artists in her own home. Dr. Orth also provides free medical treatment to guest artists, helping to ensure that they make it onstage, healthy and happy and ready to perform. Her service to the arts extends beyond the Pensacola Opera community and includes participation in OPERA America’s National Trustee Forum, involvement with the State of Florida Arts Council and she is a founding board member of Pensacola Bay Area IMPACT 100, a women’s philanthropy organization. Dr. Orth often gives 20 hours a week of her time and talent in service to Pensacola Opera, while also running a successful rheumatology practice and caring for her family and friends. Due to her exceptional governance, Pensacola Opera’s board is stronger today than ever before with active committees and members who give generously, serving as proud advocates for the art form.

As a pivotal member of OperaLancaster’s Board of Directors, Dr. Robert L. Roschel has given generously of his time, business judgment, reputation in the community and personal resources. In 2007, after nearly 60 years of utilizing an all-volunteer group of staff and artists, OperaLancaster was facing an uncertain future. Keenly aware that the opera company that he had joined out of a love of opera was on the brink of closure Roschel stepped in, took the lead, created a renewed dedication among the other officers, and with their help, saved OperaLancaster. To ease the organization’s transition from volunteer to professional, he offered his personal financial resources to subsidize a top-quality, fully staged and professional opera production, enticing new audience members and changing the face of OperaLancaster. Dr. Roschel also led the company on the business side and encouraged other business leaders in the community to join him on the Board because he feels so strongly about OperaLancaster’s value to the community and its artistic excellence. He has willingly lent his name to fundraisers, personally encouraged friends and acquaintances to attend performances and utilized his friendships in order to form alliances with other area arts organizations. Dr. Roschel’s innovative and hands-on approach is ongoing and includes a new vocal competition slated for May 2014, designed to reach out to potential new audience members.

These successes would not have been possible without Mr. Kuehn’s hands-on involvement in the company, particularly in the area of fundraising. He spearheaded Opera Southwest’s recent effort, Fund for the Future, to raise a significant cash reserve of working capital, and he has also been instrumental in overseeing the company’s annual fund. In addition to acting as a key fundraiser and advocate for the company, Mr. Kuehn has also served as a crucial volunteer in the day-to-day operations of the company — from hosting guest artists at his residence to representing the company at rehearsals and performances.

OPERA America’s commitment to recognizing excellence in governance is shared by its sister organization, Opera.ca, the Canadian national association for opera. Opera.ca honors Michael O’Brian of Vancouver Opera as the 2014 recipient of its National Opera Directors Recognition Award.

OPERA America’s National Opera Trustee Recognition Program is made possible by the generous support of Bank of America.

Note: Reflecting her role as both committee member and nominee, Ruth Orth did not participate in the discussion and selection of the National Opera Trustee Recognition Award recipient in her budget category.