OPERA America is proud to announce the 2015 finalists of the Robert L.B. Tobin Director-Designer Showcase, a biennial program offered as part of OPERA America’s continuing effort to foster emerging opera artists. The showcase, made possible through support from the Tobin Theatre Arts Fund, was established to bring promising talent to the attention of the field and connect these directors and designers with those who are in a position to advance their careers. 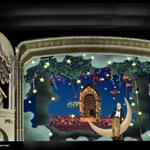 Four Saints in Three Acts (Virgil Thomson/Gertrude Stein)
This production of Four Saints in Three Acts slams some of the theatrical conventions of the 1930s —Follies divas, historical tableaux vivants and religious pageantry — up against the efforts of Stein and Thompson, turning their original rebellion on its head to create a new, exciting dissonance.

Lizzie Borden (Jack Beeson/Kenward Elmslie)
Lizzie Borden is a psychological thriller, and this period production seeks to mirror the gradual unraveling of the protagonist’s mind through the stage design. Set in the family quarters of the Bordens’ Victorian home, each room is a territorial battleground for the women of the house, both living and dead. 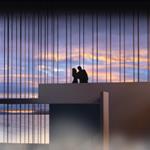 Three Decembers (Jake Heggie/Gene Scheer)
This team of Gen Xers connected emotionally to the three decades represented in Heggie and Scheer’s Three Decembers (the 1980s, 1990s and 2000s). This production concept focuses on telling the story of this beautiful opera by re-envisioning and highlighting the small details of the plot, both in the design and in the direction. 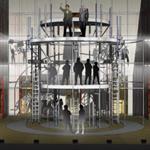 The Cradle Will Rock (Marc Blitzstein)
This concept presents The Cradle Will Rock as modern music-theater, not a footnote in the history of 20th-century theater or dated agitprop. The team’s staging uses functional tools to cut artifice and ask big questions: For whom do the people work? Who does the engine of labor serve?

The finalist teams will each be given $2,000 to be used toward further research and the production of more comprehensive renderings and models. Each team will also be mentored by one of the panelists as they prepare the final presentation of their designs. Up to two representatives from each team will be provided with transportation, lodging and registration to attend Opera Conference 2015 in Washington, D.C, where they will present their proposals to opera producers at a special live-streamed session as well as network with conference attendees. At the most recent Director-Designer Showcase, held in 2013, over 80 opera producers attended the presentation and more than 18,000 viewed the live stream. Over the next two years, each team will also have their designs featured in a six-month exhibition at the National Opera Center in New York.

Director Walker Lewis, one of the 2013 finalists, stated, “Presenting our work at Opera Conference 2013 provided the opportunity to meet so many opera professionals face to face, forming important relationships that I can now strengthen and nurture for years to come. That experience gave me the confidence to continue expanding my circle of opera colleagues and to think more creatively and boldly about possible opera projects,” he continued.

“OPERA America is uniquely positioned as the field’s convener and connector to advance the careers of the most talented creative artists,” stated Marc A. Scorca, president/CEO of OPERA America. “The Robert L.B. Tobin Director-Designer Showcase enables us to support the career development of stage directors and designers and, through them, further the artistic development of the opera form.”