OPERA America, the national nonprofit service organization for opera, is pleased to announce that seven new members have been elected to its Board of Directors. Elections were held during OPERA America’s recent Annual Business Meeting at Opera Conference 2014 in San Francisco, CA.

“I am delighted to welcome these outstanding new members to the Board of Directors,” stated OPERA America President and CEO Marc A. Scorca. “Each of these seven individuals, representing the administrative, publishing, governance and artistic spheres of our industry, brings a different set of valuable skills to the leadership of OPERA America at this exciting time in our industry. With their added perspectives, we look forward to furthering our work to increase opera’s civic impact,” he continued.

At the Annual Business Meeting, six current members of the Board of Directors were also re-elected to a second term:

Four officers of the Board of Directors were re-elected to their posts:

Two members of the Board of Directors were newly elected to officer posts:

The OPERA America Board of Directors oversees the organization’s portfolio of programs, including professional development activities, research and advocacy, educational offerings, and grant initiatives such as the Building Opera Audiences program and The Opera Fund in support of new works. The Board of Directors meets three times each year, and the next meeting will take place in October in Milwaukee, WI. 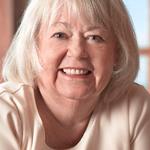 Since 2005, Emilie Roy Corey has been a trustee of the National Guild for Community Arts Education, the only national service organization for community arts educators. She has served on the boards of numerous other cultural organizations, including the Westhampton Beach Performing Arts Center, New York City Opera and the Brooklyn Conservatory of Music. From 1995 to 2000, Corey acted as board president of the Council of Senior Centers and Services, and more recently she joined the foundation board at PBMC Health, a community hospital located in Riverhead, NY. A native of Worcester, MA, Corey attended Simmons College in Boston and subsequently spent two years as a Peace Corps volunteer in Brazil. After returning to the U.S., she earned her master’s degree in social work from Adelphi University and embarked on a twenty-year career in community services for the elderly, working for the Human Resources Administration, the Department for the Aging and the Federation of Protestant Welfare Agencies. After retiring in 1991, Corey began piano and voice lessons at the Brooklyn Conservatory of Music and later continued her studies at the Greenwich House Music School and the Lucy Moses School.

Larry Desrochers has been general director and CEO of Manitoba Opera (MO) since 2000. Under his leadership the company has experienced a creative and organizational renaissance. He has improved the quality of productions, hired an increased number of Canadian artists and expanded MO’s education and community engagement programs. Desrochers commissioned MO’s first new opera, Transit of Venus, and presented the North American premiere of a children’s opera, Jason and Hanna. He posted operating surpluses in 12 of the last 13 seasons. Prior to joining Manitoba Opera, Desrochers was the executive director of the Winnipeg Film Group, where he increased training, exhibition and distribution programs for independent filmmakers. He also oversaw major touring exhibitions of Manitoba films to South America and France. He began his career as associate artistic director of the Royal Manitoba Theatre Centre, where he founded the Winnipeg Fringe Festival. He produced and directed the 1999 Pan American Games opening and closing ceremonies, featuring more than 5,000 performers, including Canadian rock band The Guess Who, reunited for that occasion. Trained as a theater director, he has staged productions at a number of theaters in Canada, including premieres of a new works. Desrochers has served on a variety arts boards and committees and is the past chair of Opera.ca. He is a Distinguished Alumnus of the University of Winnipeg and a recipient of the Winnipeg Arts Council Making a Difference Award for his contribution to arts and culture in Manitoba. He is also a member of OPERA America’s Strategy Committee.

Robert Ellis has had a lifelong interest in opera, and he currently serves on the boards of San Francisco Opera and Opera Parallèle, a contemporary opera company also based in San Francisco. He works as an advisor, investor and director of Internet companies. Over the past two decades, Ellis has undertaken numerous Internet ventures: He served as a principal of xoom.com, which completed an IPO in 1999 and later merged with NBC’s Internet properties; founded Compact Publishing, an early digital publisher, which was sold to The Learning Company in 1995; acted as CEO of eNature, which was sold to the National Wildlife Federation; and founded Bonjour Paris, a travel destination site. Earlier in his career, Ellis was vice president of Time-Life Inc. and worked as a correspondent for TIME magazine. Ellis was a co-producer with Tod Machover, Keith Cerny, The Dallas Opera and the MIT Media Lab of the February 2014 nine-city simulcast of Death and the Powers from the Winspear Opera House in Dallas.

Perryn Leech has been managing director of Houston Grand Opera (HGO) since May 2011. He previously served as HGO’s chief operating officer and, before that, as technical and production director. In his current role, Leech oversees all aspects of the company operations, which are sustained by an annual budget of $25 million, and leads an eleven-member Senior Management Team. In 2012, Leech spearheaded the development and implementation of HGO’s new strategic plan, A Voice for Houston, establishing the company’s business and artistic vision for the future. In that same year he also launched a historic fundraising campaign, Inspiring Performance – The Campaign for Houston Grand Opera, which is on target to meet its goal of $165 million by the end of 2014. Before his tenure at HGO, Leech spent five years as technical director at Welsh National Opera and prior to that was production manager at English National Opera in London. He had previously worked for twelve years as a freelance production electrician in London’s West End and toured with many companies in the UK and Ireland. From 1989 to 1996, Leech was the head of lighting at the Edinburgh International Festival. It was during this time that he first collaborated with HGO on their two productions at the Playhouse Theatre – Nixon in China and Four Saints in Three Acts. Leech serves on the boards of Houston Downtown Alliance, the Electronic Media Association, Houston Arts Combined Endowment Foundation, and Wortham Center Operating Company.

Zizi Mueller joined Boosey & Hawkes in 2008 and became its president in 2012. During her tenure as publisher at Boosey & Hawkes, she has instituted the Emerging Composers and New Voices projects, innovative programs supporting young and emerging composers. Additionally, Mueller has signed Osvaldo Golijov, Sebastian Currier, Anna Clyne, Sean Shepherd and Oscar Bettison to the Boosey & Hawkes roster. As president of Boosey & Hawkes, Mueller represents the leading composers of contemporary music and opera and has collaborated on projects with many distinguished presenters, including the San Francisco Symphony, the New World Symphony, the Metropolitan Opera, the Los Angeles Philharmonic, the New York Philharmonic and the Chicago Symphony Orchestra, among others. Mueller came to Boosey & Hawkes with a wealth of performance and production experience. As executive and artistic director of MOSAIC, Mueller commissioned works from a wide spectrum of international composers and performed throughout the Americas and Europe. She has collaborated with celebrated theater directors, video artists and choreographers. As a performer and record producer, Mueller has produced projects for Naxos, Bridge Records, Newport Classics, New World Records and Premiere Records, among others. She is on the board of the Music Publishers Association and serves on the Symphony & Concert Committee of the American Society of Composers, Authors and Publishers. Zizi Mueller received her training at The Juilliard School.

The outstanding American bass-baritone Eric Owens continues to garner high praise across the globe for his many performances, which encompass a widely varied repertoire of opera, concerts and recitals. In addition to being Wolf Trap Opera’s inaugural artist in residence, Owens enjoys a 2014 summer season of performances of Berlioz’s Roméo et Juliette with Chicago’s Grant Park Festival as well as scenes from Mussorgsky’s Boris Godunov and Beethoven’s Symphony No. 9 at the Aspen Music Festival. He rejoins Sir Simon Rattle, Peter Sellars and the Berlin Philharmonic for additional performances of Bach’s St. Matthew Passion at the Lucerne Festival in Switzerland, and he will also perform at London’s BBC Proms festival. Owens’ 2014-2015 season starts off with performances of Beethoven’s Symphony No. 9 with Maestro Riccardo Muti and the Chicago Symphony Orchestra and continues with additional performances of Bach’s St. Matthew Passion with the Berlin Philharmonic in New York as part of Lincoln Center’s White Light Festival. His opera performances this season include performances of The Gershwins’ Porgy and Bess with Lyric Opera of Chicago, the title role in Wagner’s The Flying Dutchman with Washington National Opera and his role debut as King Philip II in Verdi’s Don Carlo with Opera Philadelphia. His upcoming concert performances include Ravel’s L’enfant et les sortilèges with the Swedish Radio Symphony under the baton of Essa-Pekka Salonen, Scarpia in Puccini’s Tosca with Leonard Slatkin and the St. Louis Symphony, and a role debut of Golaud in Debussy’s Pelléas et Mélisande, as well as additional performances of Ravel’s L’enfant with Maestro Salonen and the Chicago Symphony Orchestra. In the summer of 2015, Owens returns as artist in residence to The Glimmerglass Festival, where he will perform the title role in Verdi’s Macbeth for the first time. Highlights of his recent career include performances of Alberich in Wagner’s epic Ring cycle with the Metropolitan Opera, the title role in Handel’s Hercules with the Canadian Opera Company, Dvorak’s Rusalka with Lyric Opera of Chicago, and Amonasro in Verdi’s Aida with Gustavo Dudamel and the Los Angeles Philharmonic, in addition to the King in Handel’s Ariodante, Porgy, Capellio in Bellini’s I Capuleti e i Montecchi and Lodovico in Verdi’s Otello, all with San Francisco Opera. Owens has created challenging contemporary roles, including the title character in Elliot Goldenthal’s Grendel (world premiere at Los Angeles Opera, subsequently Lincoln Center), the Storyteller in John Adams’ A Flowering Tree (Peter Sellars’ New Crowned Hope Festival in Vienna) and General Groves in Adams’ Doctor Atomic.

Photographer Jill Steinberg is the board chair of VisionIntoArt (VIA), a nonprofit new music and interdisciplinary arts production company and Professional Company Member of OPERA America, as well as a board member and philanthropic investor of Original Music Workshop (OMW), a nonprofit music venue that provides support to a wide range of composers, musicians and emerging talent in Williamsburg, Brooklyn, opening fall 2015. As a live performance photographer, she has documented VisionIntoArt’s biennial 21c Liederabend co-productions at Galapagos Art Space, The Kitchen and Brooklyn Academy of Music, VIA’s annual FERUS Festival, and VIA productions at The Kennedy Center, Krannert Center, Park Avenue Armory and Bay Chamber Music Festival. Since 2012 she has photographed Original Music Workshop’s In Situ concerts as their building has undergone a transformation from a sawdust factory to a state-of-the-art performance space as well as OMW’s Ex Situ concerts at The Greene Space, Federal Hall and Pier 15. She also works with Beth Morrison Projects, Opera on Tap, Heartbeat Opera and the terraNOVA Collective and has published in The New York Times, The Wall Street Journal, Time Out New York, Time Out Amsterdam and Music Listening Today, among other publications. As a photographer, Steinberg has a unique perspective on the behind-the-scenes workings of small and emerging performing arts companies and their artists. As board chair of VIA, board member of OMW, Strategic Committee member of PROTOTYPE – OPERA/THEATRE/NOW and now, as a member of OPERA America’s board, she will continue to champion them. She and her husband, William Steinberg, are founding donors to the National Opera Center.

OPERA America's Board of Directors: FY2015