OPERA America, the national service organization for opera, is pleased to announce the recipients of its 2015 National Opera Trustee Recognition Award. Now in its eighth year, this award honors outstanding trustees of U.S. opera companies for exemplary leadership, generosity and audience-building efforts on behalf of their respective opera companies.

“We are delighted to be joined by Bank of America for the eighth consecutive year in celebrating the significant and enduring contributions of these devoted trustees,” stated Marc A. Scorca, president/CEO of OPERA America. “Successful opera companies depend on effective boards. The National Opera Trustee Recognition Award affords the entire opera community an opportunity to salute and learn from those who have been so generous in their passion for the art form, vision and support of their opera companies.”

Each year, OPERA America Professional Company Members are invited to nominate one of their trustees for this award. One honoree is chosen from each of OPERA America’s four budget levels, recognizing that devoted trustees are an integral part of opera companies large and small.

The honorees display a significant range of accomplishments, profound generosity and a deep devotion to promoting opera in their communities. The following profiles illustrate just a few examples of their dedication. 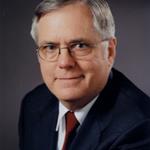 John Nesholm has served as board president of Seattle Opera from 1992 to 2005 and is currently in his ninth year serving as board chairman. Mr. Nesholm has carefully guided Seattle Opera with an unwavering focus on financial stability in service of artistic excellence. One of his foremost achievements has been reshaping the cultural landscape of Seattle. His firm LMN Architects served as the lead architect for Benaroya Hall, Seattle’s premier symphonic hall, in 1998; transformed Seattle Opera’s performance space, Marion Oliver McCaw Hall, into one of the leading opera houses in the country in 2003; and was the architecture firm of record for the Seattle Public Library designed by the highly acclaimed Rem Koolhaas. Mr. Nesholm chaired the organization’s recent search committee that appointed Seattle Opera’s third general director in its 51-year history. He has also diligently served on Seattle Opera’s facilities committee, finance committee and governance committee, and has presided over the company’s annual meeting for over a decade. Currently, Mr. Nesholm is lending his time, expertise and leadership to a highly collaborative public/private partnership that will relocate the organization’s administration, rehearsal spaces and creative shops to facilities adjacent to its performing space, adding vitality to Seattle’s theater district.

Mr. Nesholm’s support of Seattle Opera has extended well beyond its physical space. His leadership and support of its artistic programs have allowed it to achieve its prominent position among American opera companies while weathering the risks inherent in making great art. Since 1990, the Nesholm Family Foundation has sponsored 26 productions, including lead sponsorship of the 2013 Ring cycle, and the Nesholms have made significant personal gifts, as well. “The support and leadership of John Nesholm stands alone in Seattle Opera history,” remarked General Director Aidan Lang. “No other donor has been as generous with their time, expertise and gifts to the organization.” Mr. Nesholm and his wife, Laurel, have also served as dynamic fundraisers for the company, leading the company’s recent 50th anniversary celebration and gala honoring retiring General Director Speight Jenkins, which earned $1 million in net proceeds. The Nesholms also served as co-chairs of The Campaign for Seattle Opera, which helped the company withstand the recent economic recession by raising over $36 million for operations, endowment and capital. 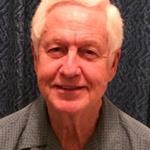 Capt. Jim H. McCoy has been a loyal subscriber of Hawaii Opera Theatre since 1988, when he moved to Hawaii upon retiring from the U.S. Navy. He joined the company’s board of directors in 1997 and went on to become treasurer two years later. In 2001, Capt. McCoy was elected board president, a position he continues to hold 14 years later. Throughout his tenure on the board, Capt. McCoy has shown significant leadership in financial terms as well as in governance. He is not only one of Hawaii Opera Theatre’s greatest annual contributors, but he has also been instrumental in galvanizing support among his fellow board members. When the company proposed a contemporary opera series in a downtown Honolulu warehouse, Capt. McCoy both guided the board to approve the project and also pledged significant financial support to make it possible. He likewise steered the company’s plan to create a summer series of musicals and led the campaign to raise funds for the project, which was successfully initiated in 2004. More recently, Capt. McCoy helped to restructure HOT’s opera season, changing it from a festival format to a year-round schedule, which has been a great success with audiences.

Capt. McCoy has also played a key role in guiding the administrative aspects of Hawaii Opera Theatre. As board president, he led the company to establish the new position of executive director to complement the work of the artistic director, enabling the company to prioritize business as well as artistic goals. He also oversaw HOT’s move to new offices at the Hawaii Opera Plaza, a building that now generates significant revenue for the company through rentals.

Sue Bienkowski is an enthusiastic philanthropist and board member of several regional and national arts organizations. Ms. Bienkowski is now in her 10th year as board president of Long Beach Opera, and together with Artistic and General Director Andreas Mitisek, she has transformed the company from a small, local organization to a robust and nationally recognized company. Throughout her tenure, Ms. Bienkowski has cultivated important relationships in order to transform LBO’s board into one that is able to fundraise, promote the company and establish connections to ensure success. As a result of Ms. Bienkowski’s support of fundraising and management efforts, the company has been able to grow in the last 10 years from two to five productions, quadruple its subscriber base and increase its annual budget from $430,000 to $1.5 million. Ms. Bienkowski’s passion and personal generosity as one of its top contributors has been crucial in creating the company’s success.

"What is perhaps most awe-inspiring about Sue is that she is as adventuresome as LBO, inspiring everyone around her to explore the unknown and new,” stated Andreas Mitisek. "Indeed, Sue has always remained steadfast in her commitment to trailblazing, innovative programming." 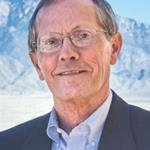 After retiring from a 26-year career in venture capital, Woody Kuehn joined the board of Opera Southwest in 2006 and was elected its president in 2007, a position he has held ever since. He has served on the boards of nearly 20 companies, and this extensive experience has informed his strong leadership of Opera Southwest. During Mr. Kuehn’s tenure as president, Opera Southwest has more than doubled its annual budget, allowing the company to dramatically improve its level of artistry; enlarged its board from 12 to 19 members, due in large part to Mr. Kuehn’s recruitment efforts; and increased attendance, resulting in an 80 percent increase in ticket revenue. Mr. Kuehn has also overseen two successful transitions in artistic and administrative staff leadership and a change in performance venue. He has supported Opera Southwest’s artistic leadership in their efforts to explore adventurous repertoire, including the internationally acclaimed resurrection of Franco Faccio’s Amleto (not seen for more than 140 years).

These successes would not have been possible without Mr. Kuehn’s hands-on involvement in the company, particularly in the area of fundraising. He spearheaded Opera Southwest’s recent effort, Fund for the Future, to raise a significant cash reserve of working capital, and he has also been instrumental in overseeing the company’s annual fund. In addition to acting as a key fundraiser and advocate for the company, Mr. Kuehn has also served as a crucial volunteer in the day-to-day operations of the company — from hosting guest artists at his residence to representing the company at rehearsals and performances.

OPERA America’s National Opera Trustee Recognition Program is made possible by the generous support of Bank of America.