OPERA America, the national service organization for opera, is pleased to announce the recipients of its 2016 National Opera Trustee Recognition Awards. Now in its ninth year, these awards honor outstanding trustees of U.S. opera companies for their exemplary leadership, generosity and audience-building efforts on behalf of their respective opera companies.

OPERA America will pay tribute to the 2016 honorees and celebrate their remarkable achievements at a dinner and reception on Friday, February 19, in New York City.

“We are delighted to be joined by Bank of America for the ninth consecutive year in celebrating the significant and enduring contributions of these devoted trustees,” stated Marc A. Scorca, president/CEO of OPERA America. “Successful opera companies depend on effective boards. The National Opera Trustee Recognition Awards afford the entire opera community an opportunity to salute and learn from those who have been so generous in their passion for the art form, vision and support of their opera companies.”

Each year, OPERA America Professional Company Members are invited to nominate one of their trustees for this award. One honoree is chosen from each of OPERA America’s four budget levels, recognizing that devoted trustees are an integral part of opera companies large and small. In light of the stellar nominations this year, the committee elected to honor an additional trustee, Jeanette Lerman-Neubauer of The Metropolitan Opera, in special recognition of her contributions to The Met: Live in HD.

“OPERA America’s commitment to recognizing the multifaceted contributions of opera company trustees is inspiring,” stated Ms. Henry. “As an opera company trustee, I understand the level of dedication the nominees make to the art form and to the opera companies they love. Therefore, I am deeply honored to commend their achievements on a national scale.”

OPERA America’s commitment to recognizing excellence in governance is shared by its sister organization, Opera.ca, the Canadian national association for opera. Opera.ca honors Bernard Stotland, FCPA, FCA, of Opéra de Montréal as the 2016 recipient of its National Opera Directors Recognition Award. A recognized community leader, Bernard Stotland has been significantly involved with the health and cultural life of Montrealers for decades through two long-term contributions to the Jewish General Hospital of Montréal and to Opéra de Montréal, where he has served for 14 years.

OPERA America’s National Opera Trustee Recognition Program is made possible by the generous support of Bank of America. “The Bank’s long-term sponsorship of this program illustrates its commitment to supporting effective leadership across the opera community, for which we are profoundly grateful,” stated Scorca.

The honorees display a significant range of accomplishments, profound generosity and a deep devotion to promoting opera in their communities. The following profiles illustrate just a few examples of their dedication.

Jeanette Lerman-Neubauer joined the Metropolitan Opera’s board of directors in 1999 and currently serves as its secretary. In her 16 years on the board, she has been a strong advocate for the Met’s audience development and engagement programs, as well as a driving force behind the Met’s acclaimed Live in HD opera transmissions to movie theaters. The Neubauer Family Foundation began lending substantial support to the HD transmissions in 2008 and is now acknowledged as the founding sponsor of the program. To date, the Live in HD series has sold more than 18 million tickets and now reaches more than 2,000 theaters spanning 70 countries and six continents. One of the most generous donors in the Met’s history, Ms. Lerman-Neubauer also provides major annual support for the company’s operations and for numerous special projects each season, including the Rush Tickets program.

As chair of the board’s Marketing Committee, Ms. Lerman-Neubauer brings a wealth of professional experience, as well as a keen interest in the nexus of art, technology and commerce. A corporate communications specialist, she created the first private television network in the financial services industry for Merrill Lynch; launched Unisys globally, after the merger between Burroughs and Sperry; and helped Time Warner to introduce the DVD. She began her career as a documentary filmmaker at the National Film Board of Canada. Ms. Lerman-Neubauer serves on the board of the Jewish Museum of New York, and she has also served on the boards of Philadelphia Museum of Art, Brandeis University and the Center for Bioethics at the University of Pennsylvania.

“Today the Met’s board is stronger, better informed and more engaged than ever before, and Jeanette has had a key role in making this possible,” stated Ann Ziff, chairman of the Met’s board. “She has helped the Met be a leader in bringing opera to a global audience and in making opera accessible to a younger audience via a growing number of new technologies.”

Having joined Washington National Opera’s Board of Trustees in 2003, Jacqueline Badger Mars is now serving her third term as board chairman. In her first years of leadership, she oversaw WNO’s affiliation with the John F. Kennedy Center for the Performing Arts — a partnership that has strengthened the mission of both artistic organizations and ensured the long-term financial security of the Opera. Under Ms. Mars’ chairmanship, Francesca Zambello was selected first as artistic advisor and then as artistic director of the company to oversee its long-range artistic vision. From this collaboration, several important initiatives were established, including the American Opera Initiative commissioning program, the scheduling of an annual holiday opera each season, a renewed commitment to new productions and the decision to present three complete cycles of Wagner’s epic masterpiece The Ring of the Nibelung. Most recently in Ms. Mars’ tenure, she helped to welcome new Kennedy Center President Deborah Rutter into the Washington, D.C. community. Their partnership has led to increased strategic planning for the organization, with particular focus on mission, goals and company values.

Ms. Mars’ support extends much further than the boardroom, especially through her unparalleled philanthropy toward WNO’s artistic programming. She made the initial lead sponsorship gift toward WNO’s Ring, which was particularly significant, as this spring marks the first time that WNO will present the complete cycle. Of course, this is only one example of her many contributions, which have made possible the success of so many WNO artistic and educational programs, including WNO’s recent world premiere of Philip Glass’ revised version of Appomattox. Ms. Mars has also been instrumental in developing Mars, Inc.’s relationship with WNO, which has resulted in the company generously supporting annual production simulcasts through their sponsorship of M&M’s® Opera in the Outfield.

Michele Fabrizi is a pillar of Pittsburgh’s business and philanthropic communities who has generously and devotedly served Pittsburgh Opera since joining its board in 1999. She has chaired the board since 2006, providing continuity of leadership and expert professional guidance on marketing and communications. A member of the Pittsburgh Advertising Federation Hall of Fame, Ms. Fabrizi is president and CEO of MARC USA, one of the largest privately held full-service advertising agencies. Yet, she manages to always find time to support Pittsburgh Opera. Ms. Fabrizi has consistently provided broad-based strategic business counsel and has brought her business acumen into Pittsburgh Opera’s strategic planning process to develop a “Vision Horizon” for 2016–2020. She has also facilitated pro bono staff services from MARC USA time and again.

Ms. Fabrizi’s reputation with the board and in the community enabled her to successfully chair Pittsburgh Opera’s capital campaign, which raised $9.6 million to purchase, renovate and support the new home the company so desperately needed. Additionally, she was at the helm during a crucial leadership transition and led the board wisely at a complicated time. Her involvement in the arts and her community extends beyond opera. Ms. Fabrizi also chairs the board of the Andy Warhol Museum. As a member of the executive committee of the Allegheny Conference on Community Development, she helped to set the strategic blueprint for the region’s economic development and led the successful marketing efforts for Pittsburgh’s 250th anniversary, which was instrumental in bringing the G-20 Summit to Pittsburgh.

“Michele is a tower of strength,” says Pittsburgh Opera General Director Christopher Hahn. “She has laser-like focus, and she inspires and challenges us all through her profound conviction that a strong community can only be so within a vibrant arts and culture landscape.” Ms. Fabrizi is an invaluable Pittsburgh Opera ambassador, spokesperson, fundraiser and advocate, and she has showed indispensable leadership during challenging times. Her business sense, dedication and generosity have been instrumental in helping Pittsburgh Opera reach new heights of artistic, operational and financial excellence. 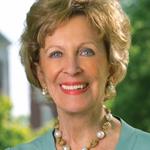 Martha Rivers Ingram is a life member of Nashville Opera’s board and has been at the center of the company’s development since its founding in 1980. Ms. Ingram’s leadership at Nashville Opera is part of a broader commitment to the arts ecosystem of Tennessee. She took a lead role in advocating for the creation of a performing arts venue in Tennessee when no such place existed in the state, resulting in the establishment, in 1980, of Nashville’s Tennessee Performing Arts Center, which is home to Nashville Opera. “Her unwavering dedication over the years has kept Nashville Opera alive and vibrant in a city that is, thanks to her, in the golden age of fine arts,” stated John Hoomes, Nashville Opera’s CEO and artistic director. “Her deep love of and passion for the arts benefits so many organizations, and the entire city of Nashville has flourished because of her philanthropy.”

At Nashville Opera, Ms. Ingram has been instrumental in the ongoing development and cultivation of the company’s board, ensuring that it is at the forefront of the city’s arts organizations in terms of participation, passion and loyalty. Her informed leadership is matched by her profound financial impact on the company. She and her late husband, Bronson Ingram, endowed the Middle Tennessee Opera Fund, which provides significant annual support to Nashville Opera, and Ms. Ingram has underwritten several productions, allowing Nashville Opera to raise its artistic bar. In addition to her large-scale contributions, Ms. Ingram has also taken a personal, hands-on approach to cultivating audiences by purchasing multiple tickets to each Nashville Opera performance in order to bring guests, expose them to opera and engage them in the company’s patron community. 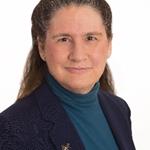 An accomplished set designer, director and vocalist, Cynthia du Pont Tobias became captivated by opera while studying at the Massachusetts Institute of Technology. “I left my parents with the impression that I majored in Gilbert and Sullivan while there,” she mused. Following graduation, Ms. Tobias joined the board of directors, the chorus and the scenic shop of the Opera Company of Boston, where she met her husband, Terry. Since age 22, Cynthia has served almost continuously on opera boards, including the Opera Company of Boston, The Santa Fe Opera and OperaDelaware. She is vice president of the board at OperaDelaware, where she is also interim chair of the Resource Development Committee and serves on the Executive/Finance and Artistic Committees.

Ms. Tobias played an integral role in the turnaround story of OperaDelaware. She helped to guide the company through a restructuring that led to the launch of a spring opera festival, now entering its second year. A champion of culture change within the organization, Ms. Tobias also helped secure the largest single capital gift that OperaDelaware had received in its 71-year history. This gift set the stage for a second unrestricted foundation grant of $450,000, making it possible for OperaDelaware to return to the Grand Opera House with Verdi’s Falstaff and the East Coast premiere of Franco Faccio’s lost opera Amleto (Hamlet) in May 2016. Ms. Tobias has designed sets for more than 25 operas and other shows, and she has directed 18. In addition to her devotion to opera, she serves on Longwood Gardens’ board of trustees and is chairman of its International Organ Competition Committee.

“Cindy’s actions with her hands, heart, mind and personal resources have been truly transformative for OperaDelaware,” said General Director Brendan Cooke. “Her excitement, advocacy and energy have challenged others in our community to follow suit. With her, we are poised to become a major destination for opera lovers all over the country and the world.”