OPERA America, the national service organization for opera and the nation's leading champion for American opera, is proud to announce the 2017 finalists of the Robert L.B. Tobin Director-Designer Showcase, a biennial program offered as part of OPERA America’s continuing efforts to foster emerging opera artists. The showcase, made possible through support from the Tobin Theatre Arts Fund, was established to bring promising talent to the attention of the field and connect up-and-coming directors and designers with those who are in a position to advance their careers.

More than 40 applicant teams of directors and designers each created a production concept for an opera chosen from a diverse, curated repertoire list. For the first time, teams had the option of selecting operas from the standard canon, in addition to 20th-century and contemporary works, which have always been a part the program. As part of the application process, each team submitted a production concept that included visions for staging, scenery, props, costumes and required resources.

Glory Denied (By Tom Cipullo)
The team envisions a Glory Denied in which an “American dream home” is fractured, with the prisons of society, matrimony and motherhood reflecting those of a POW cell. 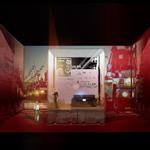 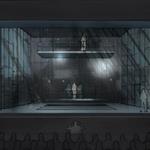 Der fliegende Holländer (By Richard Wagner)
This surrealistic reimagining of Der fliegende Holländer focuses on the collision of past and present. In a bleak English fishing village in the 1980s, a poor fisherman’s daughter caresses the image of a legendary sea captain, who eventually beckons to her across the threshold of time itself.

These production concepts were selected by an independent panel consisting of Camille Assaf, costume designer; James Darrah, director and designer; Leon Major, stage and production director; Ben Pearcy, creative director of the design firm 59 Productions, Ltd.; and Bradley Vernatter, director of operations at Opera Omaha. As opera is an intrinsically collaborative art form, the projects chosen were selected not only because they demonstrate the requisite creativity and skill, but because they display true collaboration and collective passion.

The finalist teams will each be given $2,000 to be used toward further research and the production of more comprehensive renderings and models. Each team will be mentored by one of the selection panelists as they prepare the final presentation of their designs. Up to two representatives from each team will be provided with transportation, lodging and registration to attend Opera Conference 2017 in Dallas, where they will present their proposals to opera producers at a special live-streamed session. At the most recent Director-Designer Showcase, held in 2015, more than 150 opera producers attended the presentation. Over the next two years, the teams will also have their designs featured in eight-month rotating exhibitions at the National Opera Center in New York.

"It's impossible to overestimate the value that participating in the Director-Designer Showcase has had for me,” stated director Alison Moritz, one of the 2015 finalists. “Our team's collaborative process and the mentorship we received helped me hone my own artistic voice, and the friendships forged during the competition have become my artistic bedrock.”

"OPERA America is uniquely positioned as the field’s convener and connector to advance the careers of the most talented creative artists," stated Marc A. Scorca, president/CEO of OPERA America. "The Robert L.B. Tobin Director-Designer Showcase enables us to support the career development of stage directors and designers and, through them, further the artistic development of the art form. We are profoundly grateful to the Tobin Theatre Arts Fund for its continued support of this program."