OPERA America Welcomes Seven New Members to its Board Of Directors

OPERA America, the national service organization for opera and the nation's leading champion for American opera, is pleased to announce that seven members have been elected to the organization’s Board of Directors. Elections took place during OPERA America’s recent Annual Business Meeting, held during Opera Conference 2017 in Dallas.

Elected to first terms are Carol E. Domina (opera patron), Denyce Graves-Montgomery (mezzo-soprano), Carol Lazier (board chair, San Diego Opera), John Nesholm (board chairman, Seattle Opera) and Matthew Shilvock (general director, San Francisco Opera). Elected to rejoin the board of directors are Rena M. De Sisto (global executive for arts and culture and women’s programs, Bank of America) and David B. Devan (general director and president, Opera Philadelphia). De Sisto and Devan both return after a rotation period off the board, as required by OPERA America’s bylaws. The term of each newly elected board member begins on July 1, 2017, and continues through June 30, 2020, the organization’s 50th anniversary year.

“I am delighted to welcome to our Board of Directors these seven outstanding new members, each of whom brings valuable skills and insights to support our work,” stated OPERA America President/CEO
Marc A. Scorca.

As of June 30, 2017, the following board members rotate off the board: David Bennett (general director, San Diego Opera), Keith Cerny (general director and CEO, The Dallas Opera), Carol F. Henry (trustee, Los Angeles Opera) and Stephen Trampe (trustee, Opera Theatre of Saint Louis). OPERA America, its members and the Board of Directors thank them for their dedicated service.

OPERA America’s Board of Directors is an action-oriented think tank that assesses trends in the field and advises the staff on the design and implementation of programs and services that address challenges and take full advantage of opportunities to advance the field. The Board of Directors meets three times each year, and the next meeting will take place in October in Chicago. 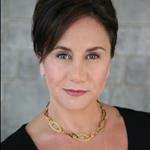 Rena M. De Sisto is the global executive for arts and culture and women’s programs at Bank of America. In this role, she directs strategy and execution of the company’s arts partnerships with nonprofit institutions across the spectrum of visual and performing arts. She also oversees the company’s global programs to empower women with training and capital to realize progress in small- to medium-sized businesses.

Under De Sisto’s leadership, Bank of America has become one of the leading corporate supporters of arts programs around the world. She has established partnerships with hundreds of nonprofit arts institutions — for the benefit of society, the company, bank employees and clients — and has executed creative programs that have made her a sought-after expert in arts support. De Sisto also developed the company’s global Environmental, Social and Governance (ESG) programs for women, including the Global Ambassadors Program and partnerships with both Vital Voices and the Cherie Blair Foundation. She has connected these partnerships with leadership development opportunities for Bank of America’s own senior women and has also worked on programs to provide financial capital to emerging women entrepreneurs.

De Sisto serves on the boards of the Metropolitan Opera and the Fund to Conserve United States Diplomatic Treasures Abroad, a public-private partnership with the U.S. State Department. She is also a member of the Chairman’s Advisory Committee of the British Museum. She lives in New York City.

David B. Devan joined Opera Philadelphia in January 2006 and was appointed general director of the company in 2011. Since his arrival, Devan has worked closely with the board and administration on strategic-planning initiatives and building partnerships within the community and the opera world.

Under Devan’s leadership and artistic vision, Opera Philadelphia has grown to become a company of international stature and a favorite co-producing partner with companies all over the globe, developing fresh productions of classic works as well as premieres written by today’s leading composers. The company has engaged and energized both established and emerging artists, providing singers with opportunities for important role debuts.

Carol Domina’s passion for opera includes patronage at Opera Omaha, the Metropolitan Opera, The Glimmerglass Festival, Michigan Opera Theatre and the Wagner Society of New York. She serves on the Committee of Advisors for the Metropolitan Opera’s National Council Auditions and supports the Met’s regional auditions in Nebraska and Michigan. At Opera Omaha, Domina led the company’s study group and served as vice president of education — accomplishments that were recognized by Opera Volunteers International, where she served as vice president of public relations and regional director. She has been an OPERA America Ambassador for decades.

Domina co-founded and served as the first president of Make-A-Wish of Nebraska. She is a long-term bank director and bank holding company officer. She was previously a university instructor and director of training and development at a major public company. Domina is active in Nebraska political issues, as well as in national and international environmental matters. She holds degrees from the University of Minnesota.

Recognized as one of today’s most exciting vocal stars, mezzo-soprano Denyce Graves continues to gather popular and critical acclaim for performances on four continents. The combination of her expressive, rich vocalism, elegant stage presence and exciting theatrical abilities allows her to pursue a wide breadth of operatic portrayals and to delight audiences in concert and recital appearances. She has become particularly well known to opera audiences for her portrayals of the title roles in Carmen and Samson et Dalila.

Graves regularly appears on the stages of leading theaters worldwide. Highlights have included a Robert Lepage production of The Rake’s Progress at San Francisco Opera and the world-premiere performances of Richard Danielpour and Toni Morrison’s Margaret Garner at Michigan Opera Theatre, in which Graves sang the title role. Recent appearances have included the world premieres of Doubt at Minnesota Opera and Champion at the Opera Theatre of Saint Louis, as well as the role debuts of Katisha in The Mikado for Lyric Opera of Kansas City and Herodias in Salome for Palm Beach Opera.

A native of Washington, D.C., Graves attended the Duke Ellington School of the Arts, Oberlin Conservatory of Music and New England Conservatory. She is the recipient of many awards, including honorary doctorates from Oberlin College, College of Saint Mary and Centre College. Graves’ dedication to the next generation of singers continues to be an important part of her career, and she recently joined the voice faculty of the Peabody Conservatory in Baltimore.

Carol Lazier has been an enthusiastic donor, volunteer and founder in the San Diego nonprofit world for more than 20 years, serving and supporting such varied institutions as the Rady School of Management, Palomar Health Foundation, UCSD Moores Cancer Center, San Diego Museum of Art and San Diego Symphony. But she is perhaps best known for spearheading the 2014 effort to avoid the closure of San Diego Opera.

After the board accepted the leadership’s view that San Diego Opera should close and voted to dissolve the company, Lazier made a million-dollar challenge that energized the community to respond, push back and donate. With logistic and strategic support from OPERA America and executives from other opera companies, Lazier led a reconstituted board and a leaner refocused company into the future. San Diego Opera subsequently met all its obligations and kept the doors open for its 50th anniversary season, while listening to and responding to the community’s changing interests. In addition to producing high-quality mainstage productions as in the past, the company has added a very well-received series of contemporary chamber operas in smaller venues, catering to new audiences. Having completed a three-year term as president, Lazier is now chair of the board.

In 2015, Lazier was named Philanthropist of the Year by the Association of Fundraising Professionals, and in 2017 she received a National Opera Trustee Recognition Award from OPERA America.

Lazier lives in Poway, California, with her husband James Merritt, a fellow San Diego Opera board member whom she met at the opera and married in 2014 on the stage of San Diego Opera’s A Masked Ball.

John Nesholm served as board president of Seattle Opera from 1992 to 2005 and is currently in his 11th year as board chairman. Nesholm has carefully guided Seattle Opera with an unwavering focus on financial stability in service of artistic excellence. One of his foremost achievements has been reshaping the cultural landscape of Seattle. His firm LMN Architects served as the lead architect for Benaroya Hall, Seattle’s premier symphonic hall, in 1998; transformed Seattle Opera’s performance space, Marion Oliver McCaw Hall, into one of the leading opera houses in the country in 2003; and was the architecture firm of record for the Seattle Public Library designed by the highly acclaimed Rem Koolhaas. Nesholm chaired the organization’s recent search committee that appointed Seattle Opera’s third general director in its 53-year history. He has also diligently served on Seattle Opera’s facilities committee, finance committee and governance committee, and has presided over the company’s annual meeting for over a decade. Currently, Nesholm is lending his time, expertise and leadership to a highly collaborative public/private partnership that will relocate the Seattle Opera's administration, rehearsal spaces, creative shop and technical areas to a new facility adjacent to its performing space, adding vitality to Seattle's theater district while providing dedicated community engagement and education spaces for the first time in the company’s history.

OPERA America's Board of Directors: FY2018