OPERA America, the national service organization for opera and the nation's leading champion for American opera, announces a series of special initiatives to advance and highlight the work of women in opera. These programs are emblematic of OPERA America’s deep commitment to achieving gender equity in the field.

Among these initiatives are the granting of $100,000 to female composers to further their work (Opera Grants for Female Composers), a song cycle commissioned from four female composers and a female librettist about the first woman elected to Congress (Fierce Grace: Jeannette Rankin) and an event raising more than $15,000 to help fund a new mentorship program for female opera administrators (Backstage Brunch).

OPERA America is pleased to announce the composers who have received Discovery Grants from its Opera Grants for Female Composers program, which is made possible through the generosity of the Virginia B. Toulmin Foundation. From among 81 applicants, an independent panel of adjudicators selected eight composers to receive a total of $100,000 to support the development of their opera compositions.

The recipients of Discovery Grants are:

See below for additional information about the composers and their works.

Over the past 30 years, OPERA America has awarded more than $13 million to Professional Company Members in support of new American operas. However, fewer than five percent of the organization’s grants supporting repertoire development have been awarded to works by female composers. Launched in December 2013, Opera Grants for Female Composers provide support for the development of new operas by women, both directly to individual composers (Discovery Grants) and to opera companies producing their work (Commissioning Grants), advancing the important objective to increase diversity across the field.

Discovery Grants aim to identify and support the work of female composers writing operas, raising their visibility and promoting awareness of their compositions. In addition to receiving financial assistance, grant recipients will be introduced to leaders in the field through Opera America magazine and future New Works Forum meetings and annual conferences.

Since the Opera Grants for Female Composers program was announced in December 2013, a total of $600,000 has been awarded to the following composers and opera companies in support of works by women. 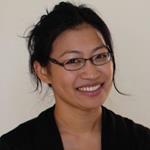 In this chamber opera, the queen of a sinking island hopes to save her people by moving them to a neighboring realm. But first she must marry her son Akoni off to the princess of the nearby island. Akoni refuses to carry off the scheme, worrying that the move will mark the end of their island’s culture. The queen responds by setting forth an impossible task: He may marry the woman who shatters the moon. 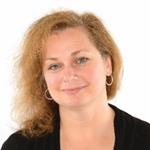 As a modern woman, Marie lives in a world of endless possibilities. But on her 30th birthday, she realizes how little she has actually achieved. The audience guides Marie’s trajectory in this interactive work, making choices for her at the end of each two- to six-minute scene to help her pull her life together. 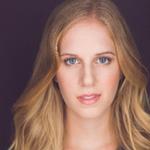 This trilogy of choral plays, written for over a dozen woman singers, tells the stories of three Byzantine empresses in the eighth and ninth centuries: Irene, Euphrosyne and Theodora. All three sacrifice personal relationships in order to gain power and end iconoclasm within the Eastern Church. 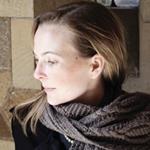 Inspired by actual historical correspondence, Sanctuary and Storm imagines an impassioned and wide-ranging dialogue between two titanic women of the 12th century: Eleanor of Aquitaine and Hildegard of Bingen. The women wrestle with their own mortality as they fiercely debate questions of power, beauty and the divine.

Steeped in Southern music, Stinney follows the true story of George Stinney Jr., the youngest person to be legally executed in 20th-century America. In 1944, the fourteen-year-old black boy was wrongfully accused of raping and murdering two white girls, and was subsequently arrested, tried and executed via electric chair. 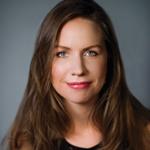 Kate Soper, composer
The Romance of the Rose

The Romance of the Rose is a loose adaptation of the eponymous medieval French poem, a tale of courtly love that covers a dizzying philosophical landscape. Running the stylistic gamut from medieval poetic forms to electronic “noisescapes,” the opera uses allegorical figures to dramatize humankind’s response to emotion, desire and music itself. 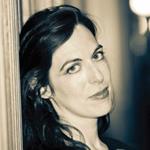 The Fat Lady from the Coney Island Zoo unexpectedly wakes up in heaven. Poets storm the Tower of Babel, rallying to abolish misunderstanding through a universal language, and a quarrel escalates to the brink of war. God, asleep since the Holocaust, is roused from his nap and reveals the Fat Lady’s true identity. The action culminates in a symbolic marriage uniting all racial and religious denominations.

In this romantic comedy set in the future, a secret attempt to use an android as an understudy for a real-life lover has unexpected consequences.

The next round of Commissioning Grants is currently in the evaluation and adjudication process, and recipients will be announced in summer 2017. These grants provide opera companies with financial support for female composers’ commissioning fees.

On Friday, April 7, OPERA America was honored to join the Library of Congress in Washington, D.C. in presenting the world premiere of a new song cycle: Fierce Grace: Jeannette Rankin. This work, composed by Kitty Brazelton, Laura Kaminsky, Laura Karpman and Ellen Reid, with a text by Kimberly Reed, recounts the life and accomplishments of the first woman elected to the United States Congress. Each of the five creators of this song cycle is a multiple recipient of OPERA America’s Opera Grants for Female Composers, a landmark funding program supported by the Virginia B. Toulmin Foundation.

Fierce Grace presents a series of vignettes from the life of Jeannette Rankin, the first woman elected to Congress and a pioneering leader of the women’s suffrage movement. Rankin served two separate terms in the House of Representatives. She was first elected in 1916 and sworn in on April 2, 1917; OPERA America’s world-premiere performance came almost exactly 100 years after that momentous day. Rankin won a second term in 1940; in both terms she served as a Republican from her native Montana. “I may be the first woman member of Congress,” she observed upon her election in 1916, “but I won’t be the last.”

OPERA America commissioned Fierce Grace: Jeannette Rankin in celebration of Bank of America, which has been a generous supporter of the organization since 2008, as well as the world’s largest corporate supporter of the arts.

The world premiere performance of Fierce Grace took place on Friday, April 7 at the Library of Congress’ Coolidge Auditorium in Washington, D.C. Following the performance by mezzo-soprano Heather Johnson and pianist Mila Henry, OPERA America President/CEO Marc A. Scorca led a panel discussion with several of the work’s creators about the state of the field. This event was co-presented by the Library of Congress, and the Fierce Grace score will be added to its archive as part of the library’s initiative to increase representation by female creators in its collection.

A video recording of the performance will be available on OPERA America’s YouTube channel (youtube.com/OPERAAmerica) in the coming weeks.

Earlier in this fiscal year at its National Opera Center in New York City, OPERA America hosted Backstage Brunch: Women in Opera, its first-ever special event designed to highlight and support the work of OPERA America’s Women’s Opera Network, an alliance founded in 2015 to foster discussion about gender parity in the opera field, create action plans to promote the advancement of talented women, and become a source of support for emerging professionals.

The Backstage Brunch event included a panel discussion moderated by OPERA America President/CEO Marc A. Scorca that featured composers Ruth Orth and Ellen Reid (both past recipients of OPERA America’s Opera Grants for Female Composers program) and librettist Donna Di Novelli. During the brunch that followed, Scorca interviewed special guest Alexander Sanger, trustee of the Virginia B. Toulmin Foundation, the organization that supports the grants. This sold-out event raised more than $15,000 for the Women’s Opera Network, which will enable the creation of a pilot mentorship program for female administrators working in opera, to be launched this fall.

A video recording of the Backstage Brunch panel discussion is available online at watch.operaamerica.org/WomenInOpera2016.

More information about the Women’s Opera Network can be found at operaamerica.org/WON.