OPERA America, the national service organization for opera and the nation's leading champion for American opera, is proud to announce the 2019 finalists of the Robert L.B. Tobin Director-Designer Showcase, a biennial program offered as part of OPERA America’s continuing commitment to foster emerging opera artists. The showcase, made possible through generous support from the Tobin Theatre Arts Fund, was established to bring promising talent to the attention of field leaders and connect up-and-coming directors and designers with those who are in a position to advance their careers.

Nearly 40 applicant teams of directors and designers each created a production concept for an opera chosen from a curated repertoire list. Submissions included visions for staging, scenery, props, costumes and required personnel. 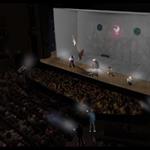 The Little Prince (Rachel Portman)
This team reimagines The Little Prince as a modern migration story. As a group of migrants waits at the U.S. border, a father calms the children by recasting their dangerous journey as the intergalactic travels of the Little Prince, transforming their interactions with smugglers, officers and aid workers into encounters with strange grownups and resplendent beasts in a world without borders. 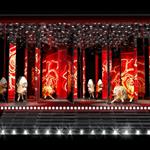 María de Buenos Aires (Astor Piazzolla)
María — the central character in a tale of seduction, prostitution and sexual abuse, as told by the goblin-storyteller El Duende — is placed in a transparent box, representing the prison of the male gaze. Upon María’s death, the box breaks open and mirror panels split, revealing mirrors beyond mirrors. María begins to discover herself. But El Duende drags her back into the box and forces her to give birth to a daughter, who will become another María. 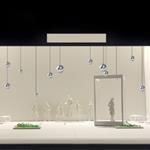 The Rape of Lucretia (Benjamin Britten)
This production is a contemporary reading of The Rape of Lucretia, with theatrical construction that engages with the formality and brutality of the subject matter. The space is a blank room with four benches, a collection of objects (both symbolic and practical), and two flower beds. Though functionally abstract, the room, through its antiseptic architectural and textural qualities, references an art gallery, a scientific laboratory and a shrine of memory. The theatrical language is dual: at times rigorously illustrating the actions of the text and at other times bending toward an image-based, symbolic interpretation of the events. 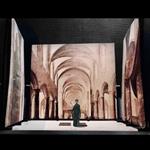 Tosca (Giacomo Puccini)
This production of Tosca focuses on political prisoners who live under political oppression in their home countries — where religion is weaponized to arrest, execute and destroy people who believe in love, freedom and justice. It’s the story of a group of Iranian actors who are risking their lives to perform Tosca, as they know their government will not allow such stories to be told and heard.

Each finalist team will be given $2,000 to be used toward further research and the production of more comprehensive renderings and models. The teams will be mentored by one of the selection panelists as they prepare the final presentation of their designs. Up to two representatives from each team will be provided with transportation, lodging and registration to attend Opera Conference 2019 in San Francisco, where they will present their proposals to more than 100 opera producers at a special session that will also be live streamed. Over the next two years, teams will also have their designs featured in sixth-month rotating exhibitions at OPERA America’s National Opera Center in New York.

“The conversations we had with conference attendees and fellow qualifying teams were invaluable, and we were fortunate enough to meet likeminded collaborators, similarly invested in reimagining canonic operas,” stated director Shannon Knox, a 2017 Director-Designer Showcase finalist, about her experience at Opera Conference 2017. “What has been most affecting as a director was the amazing opportunity to pull together an all-female team of talented, intelligent collaborators who want to experiment with ways to evolve opera as an art form,” she continued.

“OPERA America is uniquely positioned as the field’s convener and connector to advance the careers of the most talented creative artists,” stated Marc A. Scorca, president/CEO of OPERA America. “The Robert L.B. Tobin Director-Designer Showcase enables us to support the career development of stage directors and designers and, through them, further the artistic development of the art form. We are profoundly grateful to the Tobin Theatre Arts Fund for its continued support of this program.”