OPERA America Welcomes 10 New Members to its Board Of Directors

OPERA America, the national service organization for opera and the nation's leading champion for American opera, is pleased to announce that ten members have been elected to its Board of Directors. Elections took place at OPERA America’s February board meeting in New York City and at its Annual Business Meeting, held in June during Opera Conference 2018 in St. Louis.

“I am delighted to welcome to our Board of Directors these 10 outstanding new members, each of whom brings valuable skills and insights to enrich our work,” stated OPERA America President/CEO Marc A. Scorca.

Timothy O’Leary (general director, Washington National Opera) was re-elected to an additional two-year term as chair of the board. Wayne S. Brown and Kathryn Smith (general director, Madison Opera) were both re-elected to additional one-year terms as vice-chairs of the board, and composer Laura Kaminsky was elected to her first term as vice-chair, becoming the first artist to serve as an OPERA America board officer. Perryn Leech (managing director, Houston Grand Opera) was elected secretary.

OPERA America’s Board of Directors is an action-oriented think tank that assesses trends in the field and advises the staff on the design and implementation of programs and services that address challenges and take full advantage of opportunities to advance the field. The Board of Directors meets three times each year, and the next meeting will take place in November in Los Angeles.

Annie Burridge was named general director and CEO of Austin Opera in October 2016, following a nine-year tenure at Opera Philadelphia, where she most recently served as managing director. Since joining Austin Opera, she has led the development of a new strategic plan, launched a new artistic initiative bringing groundbreaking artists to unexpected and unique venues throughout Austin (Opera ATX), established numerous community and university partnerships, and increased the company’s endowment funds by 33 percent.

As managing director at Opera Philadelphia, Burridge was responsible for implementing the company’s business plan and leading the development, marketing and communications departments. She led the company’s rebranding campaign and a comprehensive consumer study that resulted in the company’s new programming model and the creation of the O17 festival. During her tenure as Opera Philadelphia’s chief development officer, contributed income increased 183 percent.

Burridge holds a graduate certificate in nonprofit administration from the University of Pennsylvania; an M.M. in voice performance and an M.M. in opera studies from the New England Conservatory; and a B.M. in voice performance and a minor in business administration from Penn State University, where she graduated valedictorian of the College of Arts and Architecture. She is an alumna of Wharton’s Women’s Executive Leadership program and OPERA America’s Leadership Intensive program, and she was a 2017 Emerging Nonprofit Leadership Fellow at the Aspen Institute. 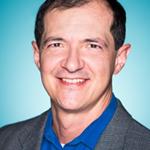 Tassio Carvalho is a senior manager at American Airlines’ Operations Research and Advanced Analytics department. His department provides analytical consulting to Sales, Marketing and Loyalty and coordinates all activities across the company on machine learning and artificial intelligence through a center of excellence. Carvalho has been with American Airlines since 2002 and has worked extensively with Pricing, Revenue Management, Scheduling, Alliances and Finance. Prior to American Airlines, he worked for Enron Global Markets and for IBM Research. He serves on the Board of Directors of The Dallas Opera and chairs its Audit Committee. He also serves on the Board of Directors of HP Arts, a nonprofit in Dallas that funds arts education in the Highland Park Independent School District. On behalf of American Airlines, he has provided numerous arts nonprofits with pro bono analytical consulting. He received his doctorate from Princeton University in 1996 and holds an aerospace engineering degree from the Instituto Tecnológico de Aeronáutica in São Paulo, Brazil. Carvalho lives in University Park, Texas.

Anthony Freud became general director of Lyric Opera of Chicago in October 2011. In addition to directing the company's artistic and business operations, he conceived of and launched the Lyric Unlimited initiative, and is forging important new relationships with a variety of other cultural organizations. A native of England, Freud is recognized internationally for his achievements as general director of Lyric Opera of Chicago, Houston Grand Opera (2006–2011) and Welsh National Opera (1994–2005).

Former chair of both OPERA America and Opera Europa, Freud is the only person ever to have served as chair of both organizations. He chaired the jury for the BBC Cardiff Singer of the World competition (1995–2005) and was also a board member of the National Opera Studio in London (1994–2005). He has served on the juries of numerous international singing competitions. Freud was an executive producer for Philips Classics (1992–1994), where he managed recording projects for some of the world's leading classical artists. He was director of opera planning for Welsh National Opera (1988–1992), and was previously company secretary (1984–1988). Freud began his professional life at London's famous Sadler's Wells Theatre (1980–1984), where his duties included those of theater manager and company manager.

Freud graduated with honors with a law degree from the University of London King's College in 1978 and qualified as an attorney in 1979, but chose instead to follow his passion for opera.

Carol F. Henry is one of the founders of Los Angeles Opera. She began volunteering for the company’s support organization, Los Angeles Opera League, in 1981, and has served on the board of the opera company since its founding in 1985. She is currently chair of the board’s executive committee, and she has previously served as its president.

Henry is involved with several civic and charitable organizations. She initially began her volunteerism with the Junior League of Los Angeles. She then went on to serve on the boards of trustees of the KCET Women's Council, the National Council on Alcoholism, the Cate School, Teach for America, the Pasadena Art Alliance and the ArtCenter College of Design. She currently serves on the Board of Trustees of the University of Southern California Thornton School of Music. Henry is a 2018 recipient of OPERA America’s National Opera Trustee Recognition Award, and she previously served as chair of the award’s selection committee.

After receiving a master’s degree from Stanford, Henry taught in public schools in Manhattan Beach, California, from 1962 to 1966.

Marineau has worked as an advertising copywriter, buyer for a large retailer and marketing consultant. She now has a studio in Stinson Beach, California, where she paints when her opera duties allow. She received her undergraduate degree from the University of Illinois in Urbana and her M.B.A. from Loyola University in Chicago.

L. Michelle Smith is a senior PR and integrated marketing leader, writer and speaker who thrives at the intersection of culture, technology and business. She is currently director of public relations for the AT&T Global Marketing Organization, leading all multi-year diversity campaigns, HR diversity and inclusion initiatives, and diversity-related brand, marketing, sponsorships and advertising. She is also the founder of AT&T’s inclusion marketing practice and provides strategic direction for all diversity and inclusion messaging for the company. She directs programs for nine diversity segments across multiple business units: women, veterans, LGBT, disability, 50+, millennials, African-Americans, Hispanic and Asian Pacific Islanders.

She has more than 20 years of experience as an integrated marketer and communicator at global agencies and her own boutique agency. She was recently confirmed as a member of the Board of Visitors for Texas Christian University’s Bob Schieffer College of Communication and is featured as an alumna in the TCU Lead On Campaign, representing Schieffer College. Smith is also a classically trained mezzo-soprano who has sung professionally across a number of genres. She is a frequent contributor to Black Enterprise. She has been named one of the Top 100 Women to Watch by Brand Innovators, a Technology All-Star by Women of Color STEM, a Diversity Distinction Champion by PR Council and PRWeek, and one of the Top 25 Women in Dallas by Rolling Out magazine.

A Dallas native, Smith earned a bachelor’s degree in English, with an emphasis in writing, and a Master of Science in media studies from TCU.

Robert S. Tancer is a professor emeritus of international studies at the Thunderbird School of Global Management, now part of Arizona State University Carey School of Business. Professor Tancer received his B.A. and J.D. from the University of Michigan in 1957 and his LL.M. from Harvard University in 1960. He has been a member of the Arizona Opera board from 1996 through 2010 and from 2012 to the present. Tancer served as its president from 1999 to 2001 and from 2015 to 2017, and he is currently chair of the board’s Development Committee. He has served as chair of OPERA America’s National Opera Center Board of Overseers, and is a member of the National Patrons Council of Opera Theatre of Saint Louis. He has also been chair of the board of the Phoenix Chamber Music Society and a member of the board of the Phoenix Symphony. He also serves as trustee emeritus of the Desert Botanical Garden. Tancer resides in Phoenix with his wife, Shoshana Baron Tancer.

Previously, he served as artist manager and public relations director for ADA Artist Management in New York, and as manager of community development for Wolf Trap Opera. He also held posts as general director of the Berkshire Opera Company, artistic director of Singers Beyond Borders and co-founder of the Southeastern Festival of Song. He has served as a judge for the Metropolitan Opera National Council Auditions, Young Texas Artists Music Competition and the Igor Gorin Memorial Award.

Before turning to artistic management and administration, Taylor enjoyed a 10-year career as an operatic baritone, performing over 30 operatic roles and numerous concerts and symphonies throughout North America, Germany and Asia.

A native of Omaha, Roger Weitz assumed the role of Opera Omaha’s general director in 2011. He holds a degree in music from Carleton College, where he studied voice and piano. His opera administration career began in 2000 with Chicago Opera Theater, where he served as artistic administrator for seven years under the leadership of General Director Brian Dickie. Weitz left COT in 2007 to accept an Arts Management Fellowship at the Kennedy Center, a highly selective international program. Following the Kennedy Center fellowship, Weitz returned to Chicago Opera Theater, where he served as the company’s general manager for three years before moving to Omaha.

To date, Weitz has managed the planning and creation of over 50 new productions, including several premieres, working with illustrious artists and creative teams from across the country and around the world. In his tenure at Opera Omaha, Weitz has grown the company significantly, doubling the patron base and exponentially expanding the number of community partnerships and individuals engaged. Opera Omaha’s recently completed 60th anniversary season saw the launch of an innovative new spring festival and a groundbreaking civic action initiative, the Holland Community Opera Fellowship — work that is key to Opera Omaha’s ongoing transformation from a performing arts organization to a cultural resource for the community.

Carole Yaley was a member of the Statewide Board of Directors for Virginia Opera from 2014–2017 and also served on the company’s Northern Virginia Board of Governors and Statewide Education and Finance Committees. After recently moving to Colorado, she joined Central City Opera’s Board of Directors. She has also been on OPERA America’s National Opera Center Board of Overseers since 2015. Her career was spent working as an attorney for Mobil Oil Corporation and Exxon Mobil Corporation, serving in a number of capacities, including corporate secretary during the merger between Mobil and Exxon and chief attorney for both the Fuels Marketing and Global Services companies of ExxonMobil. The University of Colorado Law School presented her with its Distinguished Alumni Award in 2013, and she is a member of the CU Law Alumni Board.

OPERA America's Board of Directors: FY2019