Supported by the Marineau Family Foundation

OPERA America is pleased to announce the inaugural recipients of the Opera Grants for Women Stage Directors and Conductors program. This new initiative allows Professional Company Members to receive up to $10,000 to subsidize as much as 50 percent of the fee of a woman stage director or conductor who is contracted for the first time by the company. The grants are generously funded by the Marineau Family Foundation.

The nine recipients are:

See below for additional information about the recipients and their projects.

“It is my hope that these grants will not only encourage companies to consider the many talented women who can lead their productions, but also promote gender parity within an organization from the top down,” stated Sue Marineau, president of the Marineau Family Foundation. “When a company hires a woman director or conductor, that sends a powerful message to women aspiring to such roles and often leads to more equitable hiring practices among all artistic personnel.”

“OPERA America is committed to pursuing gender equity in all facets of the field and addressing the historical underrepresentation of women in key artistic roles,” remarked Marc A. Scorca, president and CEO of OPERA America. “We have already made strides through our grant programs for women composers. Now, thanks to Sue Marineau and the Marineau Family Foundation, we can expand our efforts to include a broader set of artists and move toward a more holistic support of women in our industry.”

“Increased representation enhances opera as an art form by incorporating the insights, perspectives, and talent of a broader set of artists,” commented Laura Lee Everett, chief programs officer of OPERA America. “These directors and conductors are trailblazers and visible role models for the next generation of artists inspired to work in opera.”

Opera Grants for Women Stage Directors and Conductors is the most recent addition to a series of OPERA America resources aimed at increasing gender parity across the field. These include the Opera Grants for Women Composers program’s Discovery Grants and Commissioning Grants (generously supported by the Virginia B. Toulmin Foundation), the Mentorship Program for Women Administrators, and the Women’s Opera Network. Since the inception of its granting programs in the mid-1980s, OPERA America has awarded over $20 million to the opera field to support the work of opera creators, administrators, and companies.

There will be a second cycle of Opera Grants for Women Stage Directors and Conductors later this year for productions scheduled from January 1, 2022, through June 30, 2021. To apply or review the full set of guidelines, go to the Grants page. 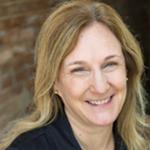 As producing artistic director of Ensemble Theatre Cincinnati, D. Lynn Meyers has directed more than 100 world and regional premieres, including Hedwig and the Angry Inch, The Legend of Georgia McBride, Hands on a Hardbody, Detroit ’67, I Am My Own Wife, and Next to Normal. She began her career as the associate artistic director at Cincinnati Playhouse in the Park and has directed Off-Broadway at the York Theatre as well as extensively throughout the U.S. and Canada. As a member of the Casting Society of America, Meyers has cast for PBS, CBS, BBC, HBO, Paramount, and MGM. Her recent feature credits include Carol, Miles Ahead, The Goat, The Old Man & the Gun, and The Public; she also served as the location casting director for The Shawshank Redemption. She received the 2018 Rosa F. and Samuel B. Sachs Fund Prize for her regional arts impact and leadership. 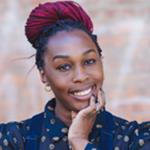 NJ Agwuna is a freelance director of theater and film from central Maryland. She approaches theater with curiosity and wonder, believing that theater can not only heal us but show us all the possibilities of the world that we inhabit. She has worked on a national and international scale exploring classic text, developing new plays, devising theatrical experiences through myth and spectacle, and investigating new ways to explore trauma and mental illness through theater. Her credits include Polaroid Stories (LIU Post), Till: A Musical (winner of the NYMF Award for Outstanding Direction), The Lover (DirectorFest, 2020), Blanks (JAGfest, Fire This Time Festival), Lysistrata (The New School of Drama), The Tempest (Lenfest), Freedom Train (TWUSA National Tour, 2018 and 2019), and Endangered: the Eco Musical. She is a Drama League alum, a teaching artist with Tectonic, and an adjunct professor of directing at LaGuardia Community College. Agwuna holds an M.F.A. in directing from Columbia University.

Russian American conductor Lidiya Yankovskaya is a fiercely committed advocate for Russian masterpieces, operatic rarities, and contemporary works. She has conducted more than 40 world premieres, including 16 operas, and her strength as an innovative collaborator has brought together the worlds of puppetry, robotics, circus arts, symphonic repertoire, and opera onstage. As music director of Chicago Opera Theater, Yankovskaya has led the Chicago premieres of Jake Heggie and Gene Scheer’s Moby-Dick, Rachmaninov’s Aleko, Joby Talbot and Sheer’s Everest, and Tchaikovsky’s Iolanta, as well as the world premiere of Dan Shore’s Freedom Ride. She also recently conducted Don Giovanni at Seattle Opera, Donizetti’s Pia de’ Tolomei at Spoleto Festival USA, Il barbiere di Siviglia at Wolf Trap Opera, Ellen West at the PROTOTYPE Festival, and the world premiere of Taking Up Serpents at Washington National Opera. Yankovskaya is the founder and artistic director of the Refugee Orchestra Project, which proclaims the cultural and societal relevance of refugees through music. 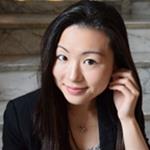 A native of Hong Kong, Jenny Wong is the associate artistic director of the Los Angeles Master Chorale. In addition to leading performances during the Master Chorale’s regular season, Wong has conducted performances of Peter Sellars’ staging of di Lasso’s Lagrime di San Pietro at the Melbourne International Arts Festival, the Festival Internacional Cervantino, and the Palacio de Bellas Artes in Mexico, as well as in the United States. As chorus master, Wong has prepared choruses for Gustavo Dudamel and the LA Philharmonic — including the U.S. premiere of Tan Dun’s Buddha Passion — Susanna Mälkki, Eric Whitacre, María Guinand, and Music Academy of the West. Most recently, Wong was assistant producer of the Master Chorale’s latest album, Eric Whitacre’s The Sacred Veil with Signum Classics. This season, Wong will conduct Arnold Schoenberg’s Pierrot lunaire and Kate Soper’s Voices from the Killing Jar with Long Beach Opera. In 2020, she conducted the new opera Sweet Land, presented by The Industry, by composers Raven Chacon and Du Yun and librettists Aja Couchois Duncan and Douglas Kearney. 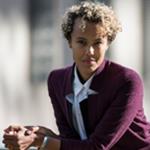 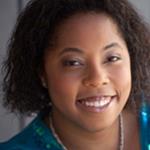 Kimille Howard is a New York-based director, deviser, writer, and filmmaker. She is an assistant stage director at the Metropolitan Opera and recently worked on the new James Robinson production of Porgy and Bess. She is the newly appointed artistic director of the Lucille Lortel Theatre’s NYC Public High School Playwriting Fellowship and a co-founder of the Black Classical Music Archive. Select directing credits include Death By Life (White Snake Projects), In The Open by Mona Monsour (Western Connecticut State University), Soil Beneath by Chesney Snow (Primary Stages/59E59), $#!thole Country Clapback by Pascale Armand (Loading Dock Theatre), A Light Staggering by Jeesun Choi (Ensemble Studio Theatre), Tidwell, or The Plantation Play by Rodney Witherspoon II (Samuel French OOB Short Play Festival — winner), and Black Girls Are From Outer Space by Emana Rachelle (National Black Theatre). She is the series producer for The American Opera Project’s Music as the Message. This June, she will direct Joseph Bologne's L’amant anonyme at Wolf Trap Opera.

Taiwanese American conductor Tiffany Chang serves as conductor of the Oberlin Arts and Sciences Orchestra at Oberlin Conservatory and as associate professor at Berklee College of Music. She was awarded a Solti Foundation U.S. Career Assistance Award in 2020, was selected to participate in The Dallas Opera's Hart Institute for Women Conductors in 2019, and was named winner of The American Prize in Opera Conducting in 2017. She served for 10 seasons as music director/conductor for the North End Music and Performing Arts Center's Opera Project in Boston, while also serving as guest conductor for productions at Boston University and Baldwin Wallace Conservatory. Chang frequently appears with new music ensembles such as the Dinosaur Annex Contemporary Ensemble, ALEA III, and Xanthos Ensemble. This year, she commissioned and presented a pioneering orchestral work that was performed entirely on Zoom at the 2021 New Music Gathering. Chang recently began sharing her passion for leadership and work culture in her blog Conductor as CEO. 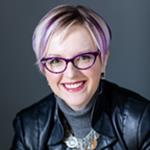 Conductor Maria Sensi Sellner was the first three-time winner of the American Prize for Opera Conducting and is a proud alum of The Dallas Opera’s Hart Institute for Women Conductors. She is the artistic and general director of Resonance Works, the multi-modal performing arts company she founded in her native Pittsburgh in 2013; co-founder and lead producer of the Decameron Opera Coalition (DOC); and a frequent cover conductor for the Pittsburgh Symphony Orchestra. Amid the challenges of the COVID-19 pandemic, Sellner co-founded DOC with composer Peter Hilliard, librettist Matt Boresi, and an unprecedented partnership of nine indie opera companies from across the U.S, who all came together to produce Tales from a Safe Distance, an episodic opera of 10 world premieres. Recent conducting highlights include the world premiere of I Am a Dreamer Who No Longer Dreams (Sosa/Jacobs) for White Snake Projects, a remount of Resonance Works’ immersive production of L’elisir d’amore at Permian Basin Opera, the U.S. premiere of James MacMillan’s Gloria, and numerous regional premieres, including David Lang’s little match girl passion and Dvorak’s Rusalka. 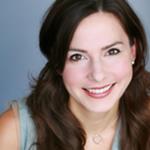 Stage director Indre Viskontas combines her knowledge of neuroscience with a passion for opera. As co-founder and creative director of Pasadena Opera, she is committed to creating authentic and compelling productions that highlight the power of music to tell humanity’s greatest stories. Directing credits include Missy Mazzoli and Royce Vavrek’s Proving Up and Michael Nyman and Christopher Rawlence’s The Man Who Mistook His Wife for a Hat. She has served as assistant director to filmmaker Jonathan Lynn (My Cousin Vinny, Clue). Producer credits include Susannah, La bohème, La tragédie de Carmen, La Cenerentola, and Le nozze di Figaro. Viskontas holds an M.M. degree in vocal performance from the San Francisco Conservatory of Music and a Ph.D. in cognitive neuroscience from UCLA. She is an associate professor of psychology at the University of San Francisco, where she runs The Creative Brain Lab, and the communications director at the Sound Health Network. Her first book, How Music Can Make You Better, was published in 2019.