OPERA America has awarded the seventh cycle of the Robert L.B. Tobin Director-Designer Prize to four teams of creative artists for their skill in bringing operatic works to life for contemporary audiences. The prize is designed to bring new talent to the forefront of the opera field and connect rising directors and designers with producers who can advance their careers. See below for information on the winning teams and projects. The Robert L.B. Tobin Director-Designer Prize is generously supported by the Tobin Theatre Arts Fund.

The biennial prize is awarded to teams of stage directors and designers who have yet to develop a significant body of work in the field of opera. Applicants are invited to create a production concept for an opera chosen from a curated repertoire list.

Four winning teams are awarded $2,000 each to further develop their concepts. The winning teams then present their concepts to producers at the Director-Designer Showcase, held as part of the annual Opera Conference, and in exhibitions at OPERA America’s National Opera Center. This cycle’s production concepts will be featured in digital form at Opera Conference 2021, taking place May 10–27, and in person at Opera Conference 2022. Winners will also be introduced to the field through Opera America Magazine and OPERA America’s social and digital channels. 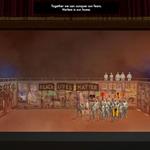 The Central Park Five (Davis/Wesley)
This production follows the manipulation of five boys into false imprisonment and the Central Park Five’s legacy amidst our nation's largest and ongoing civil rights movement. A physicalized system entraps a community seeking justice. The production asks how we maintain hope when our agency is taken away. It is not just a Black America problem, it is an American problem. 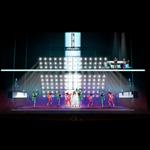 Orfeo ed Euridice (Gluck/de’ Calzabigi)
Set in the present-day U.S., this reimagining of Orfeo ed Euridice is born from the ongoing violence against the nation’s Black and brown trans, non-binary, and gender nonconforming community, who traverse an uncertain future. The production celebrates queer love through Orfeo’s journey through the stages of grief after losing their love, Euridice. 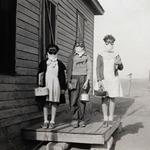 Orfeo ed Euridice (Gluck/de’ Calzabigi)
This production uses the vast and terrifying Dust Bowl of the Great Depression as a metaphor for the current economic and environmental instability due to the COVID-19 pandemic — interrogating the painful, divine, and unpredictable nature of collective grief. Orfeo is one citizen of a ravaged nation, and his mourning of Euridice is just one plight in a sea of many.

“OPERA America is committed to fostering emerging opera artists and facilitating the exploration of opera as a genre and medium,” stated Marc A Scorca, president and CEO of OPERA America. “Thanks to the Tobin Theater Arts Fund, we are able to support the career development of stage directors and designers and, through them, further the artistic development of the art form.”

The Robert L.B. Tobin Director-Designer Prize is just one of many OPERA America grants and awards that support individual artists. The IDEA Opera Grants (Inclusion, Diversity, Equity, and Access), supported by the Charles and Cerise Jacobs Charitable Foundation, and the newly formed IDEA Opera Residencies, supported by the Katherine S. and Axel G. Rosin Fund of The Scherman Foundation, advance the careers of composers and librettists of color. Discovery Grants from the Opera Grants for Female Composers program, funded by the Virginia B. Toulmin Foundation, support gender parity for creators. The recently created Campbell Opera Librettist Prize, conceived and funded by librettist and lyricist Mark Campbell, is the first award that specifically recognizes the opera librettist.

Since the inception of its granting programs, OPERA America has awarded over $20 million to the opera field to support the work of opera creators, companies, and administrators. More information about OPERA America’s grant and award programs is available at operaamerica.org/Grants.