The biennial Repertoire Development Grant program provides financial support to OPERA America Professional Company Members in developing new American opera and music-theater works. Grants allow creators and producers to refine works-in-progress. They may be used to offset creative fees and other costs associated with the development of a new opera or music-theater work, including lab productions, workshops, readings, and revisions.

“Fostering the creation of new works is a cornerstone of OPERA America's mission,” stated Marc A. Scorca, president/CEO of OPERA America. “By relieving a portion of the financial burden of developing new works, Repertoire Development Grants allow producing companies to invest the time and resources required to realize an opera’s full potential before opening night.”

The 2022 recipients of Repertoire Development Grants were selected from among 32 applications by a panel of industry leaders consisting of Anthony Davis, composer; Heather Johnson, mezzo-soprano; William Menefield, performer, composer, and assistant professor of jazz studies at the University of Iowa; Emily Pulley, soprano; and Niloufar Talebi, interdisciplinary artist.

Recent works supported by the Opera Fund include The Central Park Five (Anthony Davis/Richard Wesley), which premiered in 2019 and won the 2020 Pulitzer Prize for Music; Blue (Jeanine Tesori/Tazewell Thompson) and Fire Shut Up in My Bones (Terence Blanchard/Kasi Lemmons), each of which has been met with critical acclaim and enjoyed subsequent productions at major houses. As One (Laura Kaminsky/Mark Campbell/Kimberly Reed), supported by an Opera Fund: Audience Development grant in 2017, will receive its 50th production this year.

OPERA America’s strategic philanthropy supports field-wide innovation with an emphasis on new work development, co-productions, audience building, and increased civic practice. Since the inception of its granting programs, OPERA America has awarded $20 million to the opera field to support the work of opera creators, companies, and administrators.

The next round of Repertoire Development Grants will open in summer 2023. More information about OPERA America’s grant programs is available at operaamerica.org/Grants.

Repertoire Development Grants were awarded to works being developed by the following opera companies: 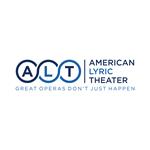 Inspired by E.T.A. Hoffmann’s testament to childhood imagination, “The Nutcracker and Mouse King,” Splintered — A Nutcracker Adventure is being developed by American Lyric Theater as a branched-narrative opera featuring a libretto by Lila Palmer and score by Justine F. Chen and Jorge Sosa. ALT is working with Gamiotics, a software company that specializes in live, interactive entertainment to develop the user experience that is integral to the realization and production of the opera. 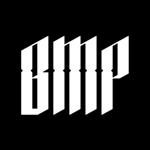 Sybil of the Rhine is the first opera by composer/librettist Sarah Kirkland Snider. It centers on Saint Hildegard von Bingen (1098–1179), who found a way to become an influential voice in Europe during a century when women had no voice. The opera is being developed with director Elkhanah Pulitzer and visual designer Deborah Johnson in partnership with the Department of Music at Princeton University, and it will premiere at PROTOTYPE.

Houston Grand Opera will stage the world premiere of The Tango Singer, from acclaimed Argentine nuevo tango composer Pablo Ziegler and veteran librettist and director Leonard Foglia. Based on the eponymous book by Tomás Eloy Martínez, The Tango Singer explores the intersection of art and activism as the title character helps fuel revolution in the streets after a military coup in 1970s Buenos Aires.

The Factotum
Creators Will Liverman and K-Rico

Created by Lyric Opera of Chicago’s Ryan Opera Center alumnus Will Liverman and DJ and artist K-Rico, The Factotum is a new work inspired by The Barber of Seville. Set in a present-day Black barbershop in Chicago, it pulls from many genres, including operatic singing, hip-hop, soul, and R&B to express the story. Lyric Opera of Chicago is committed to commissioning and fully realizing this work, which will be presented in an upcoming season as part of Lyric’s ongoing commitment to new works. 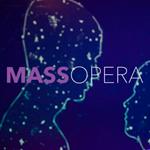 Through its New Opera Workshop, MassOpera is supporting the writing and development of new chamber operas with the intention of broadening the American canon. Nicolas Lell Benavides and Laura Barati's Caravana de mujeres, inspired by a real Spanish matchmaking service that introduces Latina immigrants to rural Spanish farmers, is an earnest comedy that examines our very human desire for love and companionship while exploring the social dynamic between Latinx immigrants and native Spaniards.

Opera Theatre of Saint Louis will adapt a classic work with a new narrative treatment that will speak to today’s audiences through historical perspective and a new lens that highlights current socioeconomic challenges. Scheduled to premiere during OTSL’s 2023 season, this great American opera will be revised by composer Damien Sneed and librettist Karen Chilton. 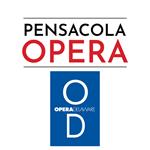 From the composer and librettist of the acclaimed opera Scalia/Ginsburg comes a new music drama, Fearless, inspired by Hazel Ying Lee, the first American woman of Asian descent to fly for the U.S. military with the Women Airforce Service Pilots of World War II. Pensacola Opera and OperaDelaware join together to provide essential creative support for this important new American work celebrating women in aviation, unsung heroes, and positive social change. 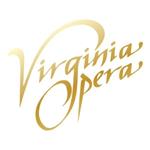 New work to be announced.

Virginia Opera will develop a world premiere to commemorate the company’s 50th anniversary.